Home > About the Cartagena Summit >

Ambassador Susan Eckey of Norway was designated President of the Second Review Conference.

Since 1991, Susan Eckey has served with Norway’s Ministry of Foreign Affairs, beginning as a trainee and executive officer and rising through the ranks to the level of Ambassador and head of the Section for Humanitarian Affairs, including humanitarian disarmament. She represented Norway abroad in its Permanent Mission to the United Nations in New York and in the Embassy of Norway in Santiago, Chile. 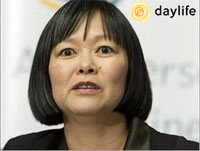